Freeland, WA (June 20, 2021) - A driver was arrested under suspicion of driving under the influence following a car crash in the Freeland area on Saturday, June 19.

The accident occurred early that morning on Whidbey Island. At around 1:24 p.m. that afternoon, local authorities reported that a driver had crashed into a parked excavator that was stopped on the shoulder of the roadway. The motorist was reportedly veering off the roadway at the time of impact.

A passenger in the car was hospitalized for the treatment of serious injuries following the collision. The driver was taken into custody by local authorities for DUI. No further updates on the accident have been provided at this time.

An ongoing crash investigation is being managed by local authorities.

At this time, our thoughts are with the injured victim and their family. We wish them the best of luck in their recovery. 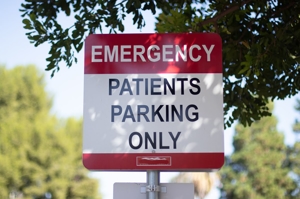 It is never acceptable to get behind the wheel while under the influence of alcohol or drugs. In spite of this, drunk drivers continue to be a big problem on Seattle's roads, with intoxicated drivers accounting for a considerable number of fatalities each year. An intoxicated driver is unable to maintain control of his or her car or react appropriately to road dangers, increasing the likelihood of being involved in a major crash. Contrary to popular belief, drinking and driving remain a significant public safety concern throughout the state of Washington. Approximately one person is killed by a drunk driver every 52 minutes in the United States, culminating in approximately 28 deaths per day.

If you have been injured in a Washington car accident as a result of a reckless driver, you may be able to file a negligence claim to recover compensation for your losses. Anyone who gets behind the wheel in Washington must exercise reasonable caution in order to comply with the state's traffic rules, but unfortunately, many motorists do not live up to this duty. Injured parties may be able to bring a claim for lost damages against the negligent party and get compensation. It can be a lengthy and arduous process for persons who lack the legal understanding to pursue a personal injury claim in Washington, but you do not have to go through the process by yourself. A knowledgeable attorney can assist you in obtaining the maximum amount of compensation allowed by law.

Injury victims can seek compensation for their losses from a skilled Seattle automobile accident attorney after being involved in an accident. Plaintiffs can seek compensation for their medical expenditures, lost wages, and pain and suffering. In addition to having considerable experience defending accident victims in the Seattle and Tacoma areas, Dore Law Group's attorneys are capable of representing clients in virtually all forms of personal injury cases throughout the state.

If you have been injured in a Seattle vehicle accident as a result of the negligence of another driver, call us right away at 253-236-3888 to discuss your options.