Seattle, WA (June 13, 2021) - There were reported injuries in the aftermath of a hit-and-run collision in the Seattle region on Thursday, June 10.

Local sources indicated that the accident occurred on Interstate 90 EB near WA-900. Emergency responders were dispatched to the scene at around 9:30 a.m. that morning. According to initial reports, two vehicles collided in the crash.

The driver of a gray van crashed into a mowing tractor from the Washington State Department of Transportation. The at-fault motorist reportedly fled the scene on foot, leaving the operator of the tractor injured. The injured party was transported to a local hospital by responding ambulance crews. Local authorities are currently searching for the suspect driver at this time.

An ongoing crash investigation is being managed by law enforcement officials.

At this time, our sympathies are with the wounded person and their family. We wish them the best of luck in their recovery. 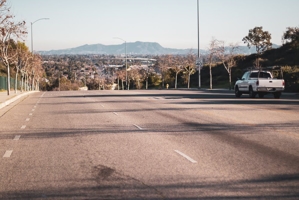 It is a crime for a motorist to flee the scene of a collision, and it may leave wounded parties unable to receive critical hospital services. The frequency of hit-and-run incidents in the United States has risen dramatically in recent years, and the growth is expected to continue year after year. In 2015, there were more than 737,100 hit-and-run accidents registered throughout the nation, meaning that one happened every 43 seconds on average. The yearly rate of hit-and-run fatalities has increased by 7.2 percent since 2009, hitting an all-time peak in 2016. That year, the number of individuals killed in hit-and-run incidents reached an all-time high of 2,149. With the help of a Seattle car crash attorney, injured parties may be able to seek lost compensation for their damages.

If you were injured in a Washington car accident caused by a reckless driver, you have the right to file a negligence claim to cover any related injuries. Anyone driving in Washington must exercise reasonable caution and adhere to the state's traffic regulations, but unfortunately, many people do not. Failing to do so could be viewed as carelessness, resulting in a claim for economic damages on behalf of the aggrieved person and the right to restitution through a negligence case. Filing a personal injury lawsuit in Washington may be a long and tough process for those with limited legal understanding, but you don't take that route. A professional attorney can assist you in obtaining the maximum amount of money available under the law.

Following an accident, a skilled Seattle car accident lawyer can help injured people preserve their rights under the law by filing a claim for compensation for things like medical bills, lost earnings, and mental anguish. Dore Law Group has considerable experience defending crash victims in the Seattle and Tacoma regions, and our attorneys can handle virtually any sort of personal injury case in Washington. If you have been injured in a Seattle vehicle accident caused by a reckless driver, call us right immediately at 253-236-3888 to discuss your case.