Edgewood, WA (September 1, 2021) - A three-alarm fire at an apartment complex in Edgewood on Tuesday, August 31, resulted in confirmed injuries

The incident was reported early that morning at around 7 a.m. Firefighters and emergency units were called to the scene of the blaze located at the 4800 block of 110th Avenue Court E. The incident was upgraded to a three-alarm fire when the first unit arrived.

A total of 18 fire trucks were present at the scene. One person involved was transported to a local hospital for the treatment of sustained injuries. The identity of the injured victim has not been revealed at this time. At this time, no further updates on the incident have been provided.

An ongoing investigation into the cause of the fire is currently in progress.

Our thoughts are with the injured victim and their family at this time. We hope for a full recovery. 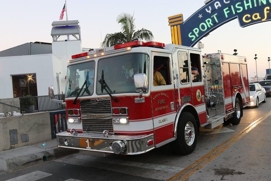 Every year, fire departments around the country receive roughly 300,000 complaints of residential structure fires. Inhaling smoke increases your risk of dying from a serious burn or another ailment. Fires claim the lives of thousands of people each year and cost billions of dollars. Large flames can cause catastrophic harm to anyone who is injured. If you have been badly wounded in a fire, a personal injury lawyer may be able to help you get the compensation you deserve.

After a tragic apartment fire, many victims struggle to understand their choices in time to defend themselves. A skilled Edgewood personal injury lawyer can assist people who have been injured in obtaining just compensation. It is important to file a compensation claim as quickly as possible after any type of accident. Most individuals are less than familiar with state regulations involving insurance coverage or what to do if they are injured in an apartment fire. Filing a personal injury claim can be difficult.

Dore Law Group has years of experience in personal injury law. We have helped people from all across the state get back on their feet following car accidents. Our Washington catastrophic injury lawyers are committed to helping victims of terrible events reconstruct their lives. We want to hold those responsible accountable.

If you have been injured in an apartment fire that was not your fault, call an Edgewood personal injury lawyer at 253-236-3888 immediately. You may relax knowing that your case is in capable hands.