Tacoma, WA (March 7, 2021) - An Olympia woman was killed after being involved in a two-vehicle collision in the Tacoma area on Friday, March 5.

The deadly crash reportedly occurred that evening at around 10:22 p.m. A 44-year-old Olympia woman was traveling on Interstate 5 in a Toyota Camry when she rear-ended a Sound Transit bus near 96th Street. The bus was reportedly traveling south on the highway at the time of the accident.

The driver of the Toyota was unconscious when first responders arrived. She was transported to Madigan Army Medical Center where she was later pronounced dead. No other injuries were reported.

An ongoing investigation into the deadly collision is underway.

We would like to extend our deepest condolences to the family of the deceased victim at this time. 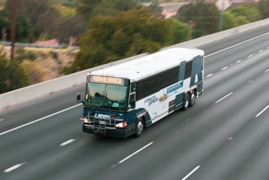 It is evident that the rate of car accidents on American roads is increasing year after year, and the same is true with transit bus collisions. In 2011, there were 283 people killed nationally in bus accidents, and more than 24,000 were injured. An estimated 360 million people take the bus each year for one reason or another, with over 30,000 commercial buses traveling on the roads.

At Dore Law Group, we take the utmost care and deliberation to do everything possible to obtain compensation for our clients after they have suffered the loss of a dear family member. Our Tacoma wrongful death attorneys can support your family through this difficult time and bring you some peace of mind while making sure that the at-fault party is held responsible. Contact our offices today at 253-236-3888 if you have unfairly lost a family member in a deadly Tacoma bus accident.