Firefighters and emergency response units were called to the scene at around 2:30 p.m. that afternoon at the 2900 block of 9th Street. Two involved parties reportedly suffered serious injuries in the incident. Both were transported to a nearby hospital for the treatment of sustained injuries.

Local authorities reported that the fire is believed to have started in the garage of the home. There were animals found dead inside the structure. The area was closed for several hours as fire departments worked to extinguish the blaze.

The identities of the injured parties have not been released at this time. An ongoing investigation into the incident is underway.

At this time, our thoughts and prayers are with the victims and their families. We send our warmest wishes for a speedy recovery. 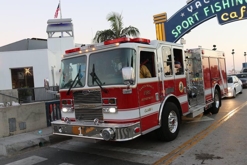 Every year, more than 300,000 residential building fires are reported to fire departments across the United States. Thousands of individuals are killed each year, and billions of dollars are lost due to the flames. Annually, house fires account for nearly half of all civilian fire-related casualties in the United States. The number of house fires has increased by 1% from 2017 to 2018. After being involved in a building fire, third-degree burns and smoke inhalation injuries are quite prevalent, and breathing smoke increases your chances of dying from a serious burn or another condition. Residential structure fires cause about 2,000 civilian deaths and over 10,000 civilian injuries per year.

After being seriously injured in a house fire, victims often struggle to understand their legal rights in time to defend themselves, and the minutes following an accident are crucial in winning compensatory damages. Most people are unfamiliar with state laws, insurance coverage, or what they may do if they are injured in a house fire, which can be a stumbling block when seeking a personal injury claim. Fortunately, you are not forced to pursue a personal injury claim on your own, and consulting with an experienced attorney may assist you in recouping lost funds. A qualified Seattle personal injury lawyer can assist you in filing a claim and recovering damages such as medical expenses, lost wages, and other losses.

Dore Law Group has extensive expertise in personal injury law, having defended the rights of Tacoma accident victims for years. We have helped clients from all across the state recover entirely after being injured in a structure fire. Our Washington personal injury lawyers are committed to helping victims rebuild their lives following devastating occurrences, and we want to make sure that those responsible are held accountable. If you or a loved one has been harmed in a Puyallup house fire, call our legal firm right once at 253-236-3888. You may rest certain that your case is in capable hands.