The accident occurred late that evening at around 8:21 p.m., according to local sources. The scene of the collision was located at the intersection of SW Avalon Way and SW Spokane Street. Initial reports revealed that two vehicles collided for unknown reasons.

The site of the crash was closed while emergency responders were present. At this time, the severity and number of resulting injuries have not been revealed at this time. No further updates on the accident have been provided.

Local law enforcement officials are currently investigating the cause of the crash.

Our thoughts are with the injured victims and their families at this time. We hope for their full recovery. 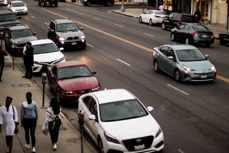 Intersections are a common facet of roadways in big cities like Seattle, and most drivers in Washington probably do not think twice about traveling through an intersection. However, statistics reveal that intersections are more likely to be the scene of a serious car accident. There are more than 2.5 million intersection collisions reported annually in the United States, making up an estimated 40% of reported car crashes nationwide.

If you have been injured in a Washington car crash, you have the right to pursue a negligence claim for your injuries. Anyone who gets behind the wheel has to exercise reasonable care to obey the traffic laws of the State of Washington. Failure to do so may constitute negligence and give rise to a claim for lost damages for the injured party. Pursuing a personal injury claim in Washington is a long and confusing process for those with little experience in the law, but you do not have to do it alone.

A qualified Seattle car crash attorney can help injured victims protect their legal rights after an accident by pursuing a claim for damages, including medical expenses, lost income, and pain and suffering. Dore Law Group can bring our comprehensive knowledge to represent clients in nearly all types of personal injury cases in Washington. If you have been injured by a negligent driver in a Seattle auto accident, call us today at 253-236-3888 to discuss your case.

Disclaimer: The Dore Law Group has taken pride in providing high-quality legal representation for our clients. We write these posts to bring awareness to our fellow Washingtonians about the dangers associated with driving. We want to provide basic information about what to do if you happen to be involved in an accident. We want to remind drivers to slow down and use an abundance of caution when operating a motor vehicle. This post is not intended to be a solicitation for business. None of the information provided in this post is intended to be legal or medical advice. The picture used in this post was not taken at this accident scene.