Everett, WA (August 10, 2021) - There were critical injuries reported after a deadly vehicle accident in the Everett area on Sunday, August 8.

According to the Washington State Highway Patrol, the crash occurred on Interstate 5 near 12th Street NE near the time of 4 p.m. A Yamaha motorcycle and a Chevrolet Malibu were reportedly involved in the impact. Both operators were ejected from their vehicles during the accident.

The 56-year-old Marysville man driving the Chevy was pronounced dead at the scene, while the 64-year-old Marysville man operating the motorcycle was taken to a hospital in serious condition. Local reports revealed that the Chevy crashed into the rear of the bike before hitting two other vehicles and leaving the roadway. The area was closed while emergency responders were at the scene.

An ongoing investigation into the cause of the deadly crash is underway.

We would like to offer our deepest condolences to the family of the deceased victim at this time. Our thoughts are with the injured victim and their family in hopes of a full recovery. 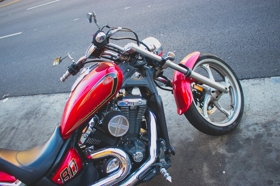 When traveling on the roadway, motorcycles represent a larger risk to their riders. According to research conducted by the National Highway Traffic Safety Administration, more than 80% of motorcycle crashes result in death or serious injury, and riders have a 27-fold greater risk of dying in a disaster than passengers in passenger cars.

Motorcycle riders are more likely than other drivers to have serious injuries in a collision, and motorcycle crashes are over-represented in the rate of highway deaths in the United States. Wearing a helmet reduces the risk of death by about 37%, according to the Centers for Disease Control and Prevention.

Not only are motorcycle riders more likely to suffer catastrophic injuries, but most drivers fail to keep a lookout for them on the road, resulting in deadly motorcycle accidents across Washington. Motorcyclists are injured or killed in accidents every day, and despite a decrease in total traffic fatalities, motorcycle fatalities are on the rise across the country.

For many years, Dore Law Group's skilled legal team of personal injury attorneys in Washington has battled for the constitutional rights of victims and their families who have been injured in motorcycle accidents in Seattle, and we can utilize that knowledge to assist you with your personal injury claim.

If you've been injured in a motorcycle accident, Dore Law Group's team of Seattle car accident lawyers will fight to get you the compensation you deserve, starting with submitting a personal injury claim to recover lost wages. We can help you put together a strong claim to recoup your losses as a consequence of the accident.

Call us right now at 253-236-3888 to talk with an experienced Seattle motorcycle accident lawyer regarding your case and how we can help you recover from your injuries.