Seattle, WA (April 14, 2021) - Local authorities have identified the man killed in a deadly hit-and-run accident in Seattle on Sunday, April 11.

Local sources revealed that 63-year-old Mike Colmant was riding a bike south of Seward Park that night at around 7 p.m. Colmant was traveling at the intersection of Seward Park Avenue and Wilson Avenue when he was hit by a motor vehicle. The driver involved in the crash reportedly fled the scene.

Colmant was transported to a local hospital where he was later pronounced dead. Authorities described the vehicle as an older model Nissan Sentra, likely with significant front-end damage. No further information on the deadly accident has been provided.

We would like to extend our deepest condolences to the family of Mike Colmant at this time. 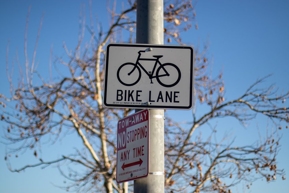 When a driver leaves the scene of a crash, it can leave a victim unable to obtain necessary aid. Hit-and-run crashes have reached epidemic proportions in the United States. In 2014, there were 737,100 hit-and-runs reported nationwide, meaning a driver was fleeing a collision every 43 seconds on average. The majority of deadly hit-and-runs involve pedestrians and cyclists, who are at greater risk of suffering fatal injuries in the event of a crash.

At Dore Law Group, we take the utmost care and deliberation to do everything possible to obtain compensation for our clients after they have suffered the loss of a dear family member. Our Seattle wrongful death attorneys can support your family through this difficult time and bring you some peace of mind while making sure that the at-fault party is held responsible. Contact our offices today at 253-236-3888 if you have unfairly lost a family member in a deadly Seattle bicycle accident.