The crash occurred early that morning at around 10:30 a.m. near the intersection of Interstate 5 and 196th Street SW. Emergency responders were shortly called to the scene to provide aid to the injured parties. According to local reports, the driver of a Saturn sedan merged onto the interstate from 196th Street at the time of the impact.

The Saturn collided with a Scion while changing lanes on the roadway. This caused the Saturn to overturn multiple times, and the driver was hospitalized for the treatment of sustained injuries. Both vehicles had to be towed from the scene.

No other injuries were reported. An ongoing investigation into the accident is underway.

Our thoughts are with the injured victim and their family at this time. We hope for a full recovery. 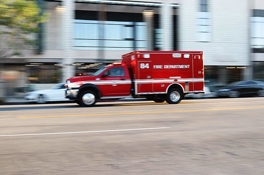 Certain types of vehicles are more prone to overturn in the event of a crash. The popularity of SUVs and pickup trucks has contributed to an increase in rollover accidents in recent years. There were 7,600 people killed in rollover crashes in the United States in 2010, accounting for roughly 35% of passenger vehicle fatalities that year. The majority of rollover fatalities involved unrestrained occupants, making up nearly 69% of reported deaths in these types of collisions.

If you have been injured in a Washington car crash, you have the right to pursue a negligence claim for your injuries. Anyone who gets behind the wheel has to exercise reasonable care to obey the traffic laws of the State of Washington. Failure to do so may constitute negligence and give rise to a claim for lost damages for the injured party. Pursuing a personal injury claim in Washington is a long and confusing process for those with little experience in the law, but you do not have to do it alone.

A qualified Seattle car crash attorney can help injured victims protect their legal rights after an accident by pursuing a claim for damages, including medical expenses, lost income, and pain and suffering. Dore Law Group can bring our comprehensive knowledge to represent clients in nearly all types of personal injury cases in Washington. If you have been injured by a negligent driver in a Seattle auto accident, call us today at 253-236-3888 to discuss your case.