Renton, WA (April 10, 2021) - On Friday, April 9, one person was killed and four others injured following a serious fire at a residence in Renton.

Firefighters from the Renton Regional Fire Authority were called to the scene of the fire at around 2:15 a.m. that morning. The blaze reportedly broke out at a home at the corner of Queen Place and 5th Street. A neighbor rushed to the house to assist before emergency responders arrived.

Four people who were trapped on the second floor were rescued from the structure. Two people were still inside the building. One person was killed in the blaze, while another was rushed to Harborview Medical Center in critical condition.

Two victims at the scene were treated for smoke inhalation, and a firefighter injured their hand. An ongoing investigation into the deadly fire is underway.

We would like to offer our deepest condolences to the family of the deceased victim at this time. Our thoughts are with the injured victims and their families in hopes of a full recovery. 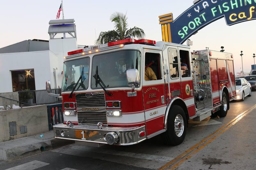 A small fire can erupt into a massive blaze in just 30 seconds. Nearly 92% of civilian fire deaths involve house fires, and an estimated seven people are killed daily in structure fires nationwide. An estimated 2,620 people are killed annually in these blazes, and the majority of these fatalities are attributable to smoke inhalation, which can greatly increase the risk of dying due to a serious burn and other injuries resulting from fire exposure.

At Dore Law Group, we take the utmost care and deliberation to do everything possible to obtain compensation for our clients after they have suffered the loss of a dear family member. Our Seattle wrongful death attorneys can support your family through this difficult time and bring you some peace of mind while making sure that the at-fault party is held responsible. Contact our offices today at 253-236-3888 if you have unfairly lost a family member in a deadly Renton house fire.